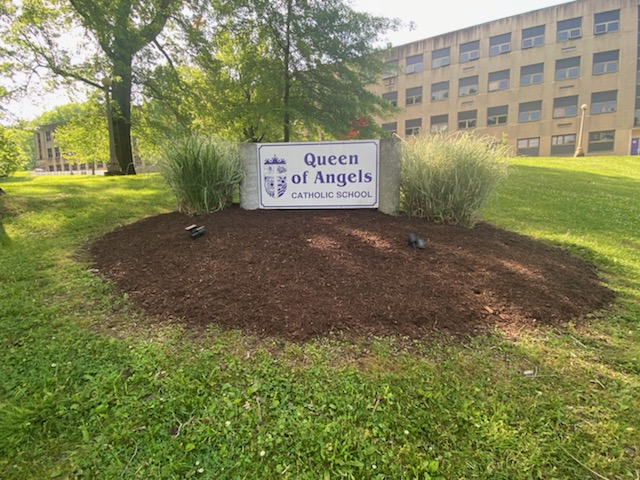 With God as our constant, we journey together as a family to provide quality faith-filled education for the whole child.

St. Agnes Parish is one of the supporting parishes of Queen of Angels Catholic School. Since its conception in 1961 as St. Agnes Catholic School, our parish has taken a major part in supporting Catholic education in our community. Our parishioners continue today to be staunch supporters in keeping the school active and viable by sending their children for a first-rate education, volunteering in many areas for the benefit of the students and financially supporting the school.

Queen of Angels School offers programs for children from Pre-K through 8th grade. If you would like more information on what Queen of Angels School can offer your child, please visit their website at www.queenofangelssch.org, send them an email or call the school office at 724-978-0144 to arrange a personal meeting and tour of the facilities.

Serra Catholic High School was founded in McKeesport, Pennsylvania, on September 5th, 1961, within the Diocese of Pittsburgh, with an initial enrollment of 89 young men. Serra was named after Father Junipero Serra, O.F.M., Franciscan founder of 22 mission churches in California. The Franciscan Order of Friars Minor of the Province of the Immaculate Conception administered the school from 1961 through 2000, and the Franciscans Third Order Regular assumed leadership from 2000 through 2004. Serra served only young men until 1972, when the decision was made to merge Mon Yough Catholic High School with Serra to create a coeducational institution.

In 2007, Serra became a Pennsylvania non-profit corporation under the direction of the Diocese of Pittsburgh. At that time, we gained a dedicated Board of Directors whose wisdom and guidance will help ensure Serra’s future for the next half century. Today Serra continues to thrive with students who represent virtually every socioeconomic level.  Serra Catholic High School is located at 200 Hershey Drive | McKeesport, PA 15132 | 412-751-2020.