The celebration of Mass is an act of the whole assembly gathered for worship. In the Mass, the Church is joined to the action of Christ. We are joined to this divine action through Baptism, which incorporates us into the risen Christ. This action, which lies at “the center of the whole of Christian life” (General Instruction of the Roman Missal [GIRM], no. 16), is initiated not by us but by God acting in and through the Church as the Body of the risen Christ. The Liturgy is designed to bring about in all those who make up the worshiping assembly a “participation of the faithful, namely in body and in mind, a participation fervent with faith, hope, and charity” (GIRM, no. 18). To the extent that we are able to participate in this way, the work of redemption becomes personally effective for each of us. By such participation we make the actions and prayers of the Liturgy our own; we enter more fully into our personal communion with Christ’s redeeming act and perfect worship.

“In the celebration of Mass the faithful form a holy people, a people of God’s own possession and a royal Priesthood, so that they may give thanks to God and offer the unblemished sacrificial Victim not only by means of the hands of the Priest but also together with him and so that they may learn to offer their very selves. They should, moreover, take care to show this by their deep religious sense and their charity toward brothers and sisters who participate with them in the same celebration. . . . Moreover, they are to form one body, whether in hearing the word of God, or in taking part in the prayers and in the singing, or above all by the common offering of the Sacrifice and by participating together at the Lord’s table” (GIRM, nos. 95, 96). The participation of each person in the Liturgy is important. Each person needs to do his or her part.

Order of the Mass

Liturgy of the Word

In the Liturgy of the Word, the Church feeds the people of God from the table of his Word (cf. Sacrosanctum Concilium, no. 51). The Scriptures are the word of God, written under the inspiration of the Holy Spirit. In the Scriptures, God speaks to us, leading us along the path to salvation.

Liturgy of the Eucharist

The Liturgy of the Eucharist begins with the preparation of the gifts and the altar. As the ministers prepare the altar, representatives of the people bring forward the bread and wine that will become the Body and Blood of Christ. The celebrant blesses and praises God for these gifts and places them on the altar, the place of the Eucharistic sacrifice. In addition to the bread and wine, monetary gifts for the support of the Church and the care of the poor may be brought forward. The Prayer over the Offerings concludes this preparation and disposes all for the Eucharistic Prayer.

To learn more about the Mass, visit Unraveling the Mysteries of Holy Mass, by one of our own parishioners. 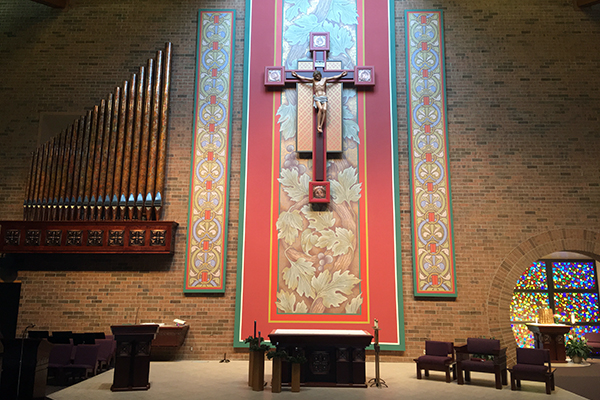 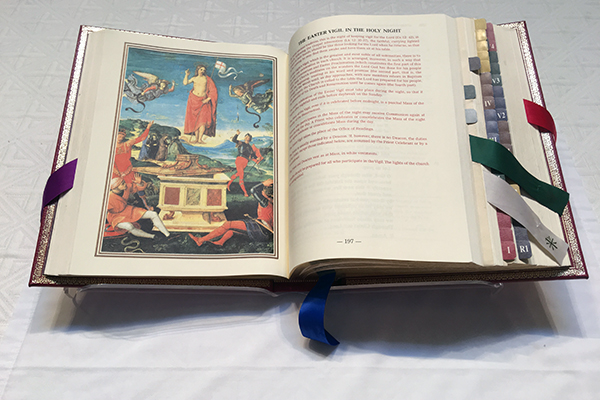 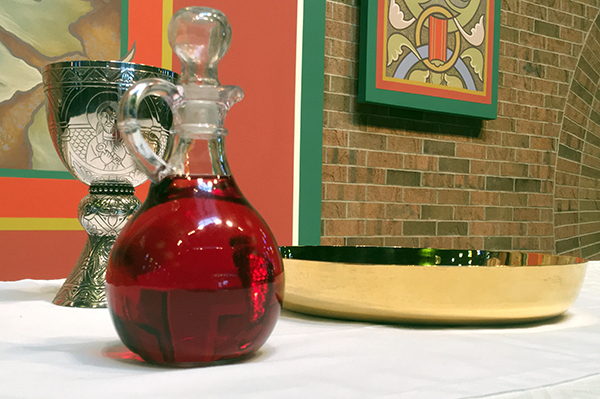 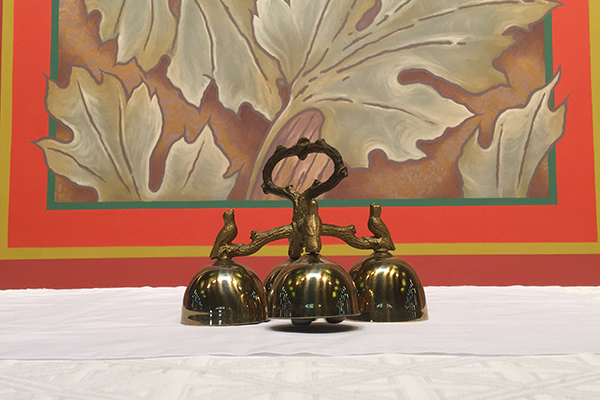 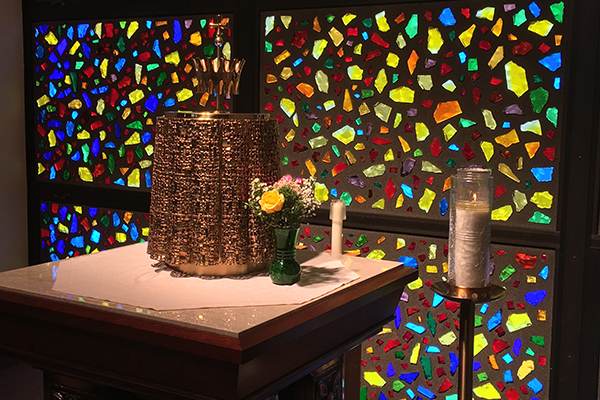