One of my first jobs was in the office in a small foundry in McKeesport. On my first day, at lunchtime, the other guys brought out a chess set and began playing. I didn’t know much about chess, just the names of the pieces and how they moved, so I watched for a couple of days while I worked up the courage to play. I thought, “This can’t be that hard.” Boy, was I wrong! My first game I lost in only 3 moves. I proceeded to lose game after game – 32 in a row. It didn’t take long for me to realize that there was a lot more to the game of chess than the names of the pieces and how they moved. chess-pieces2 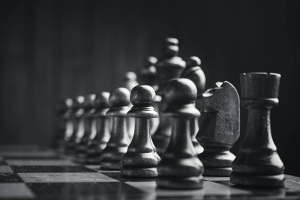 Eager to learn more, I went to the library and checked out a book on chess strategy. It was fascinating! I learned how one move builds upon another. I studied the strategy of forks, pins, combinations and end games. I studied, learned and practiced chess strategy and eventually I won my first game. Pretty soon, my friends were asking me about chess strategy.

What’s all this have to do with the Mass . . . on the surface the Mass can look simple. We know when to sit and stand and kneel, how to respond to the prayers and we think that’s all we need to know about the Mass. Not really! Just like my experience with chess, there is so much in the Mass that is hidden below the surface.

The Catechism of the Catholic Church calls the Mass, “The source and summit of our Catholic faith,” yet so many Catholics do not regularly attend. If you ask them why, the number one response is: “I just don’t get anything out of Mass.”

Most Catholics have said this at one time or another. I did. When I was a teenager, I lost interest in the Mass, so I stayed away. I blamed it on the priest, or bad music or boring homilies. Even when I went, I became easily distracted, day dreaming about anything except the miracle that was happening right in front of my eyes!

We all have heard the saying, “You only get out of life what you put into it.” I wasn’t putting much into Mass and so I wasn’t getting much back.

In my senior year of Catholic high school that started to change. Every Friday our religion class would have Mass in the school chapel. What a difference from Sunday Mass in my home parish! The chapel was small and intimate and lit mostly by candlelight. Our priest would gather us around the altar as he said Mass. We could hear all the prayers including the ones the priest usually says in private. Being so close to the altar and witnessing the miracle of the Consecration up close drew me deeper into the mystery of the Mass. I began to listen more closely and participate more actively in the prayers and readings, and I grew to really love the Mass. Like my chess experience, the more I learned about the Mass, the more engaged in it I became.

None of us has a complete understanding of the great mystery of the Mass. If we did, there is no way we would ever leave the church. . . . Why? . . . Because we would truly know that the Mass is the Wedding feast of the Lamb. . . . a true participation in the heavenly banquet of Christ the King! 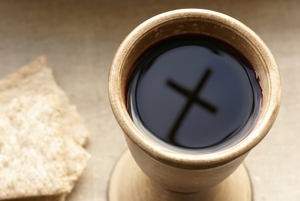 St. John Paul II called Mass, “Heaven on earth.” He said, “The liturgy we celebrate here on earth is really a participation in the Heavenly Liturgy.” Modern day theologian, Scott Hahn, insisted that, “We go to heaven when we go to Mass. Every single Mass is heaven on earth.”

It is said that Catholics don’t have a personal relationship with Jesus, but at Mass we take Him – Body, Blood, Soul and Divinity – into our bodies, to become one with us. It doesn’t get any more personal than that!

Over the next six weeks, we are going to take a closer look at Holy Mass. We will unravel some of its mysteries and unlock some of its secrets, so that we might see it with new eyes, pray it with renewed hearts and grow more and more in love with this great gift from God!

Next Week:  Biblical Roots of the Mass